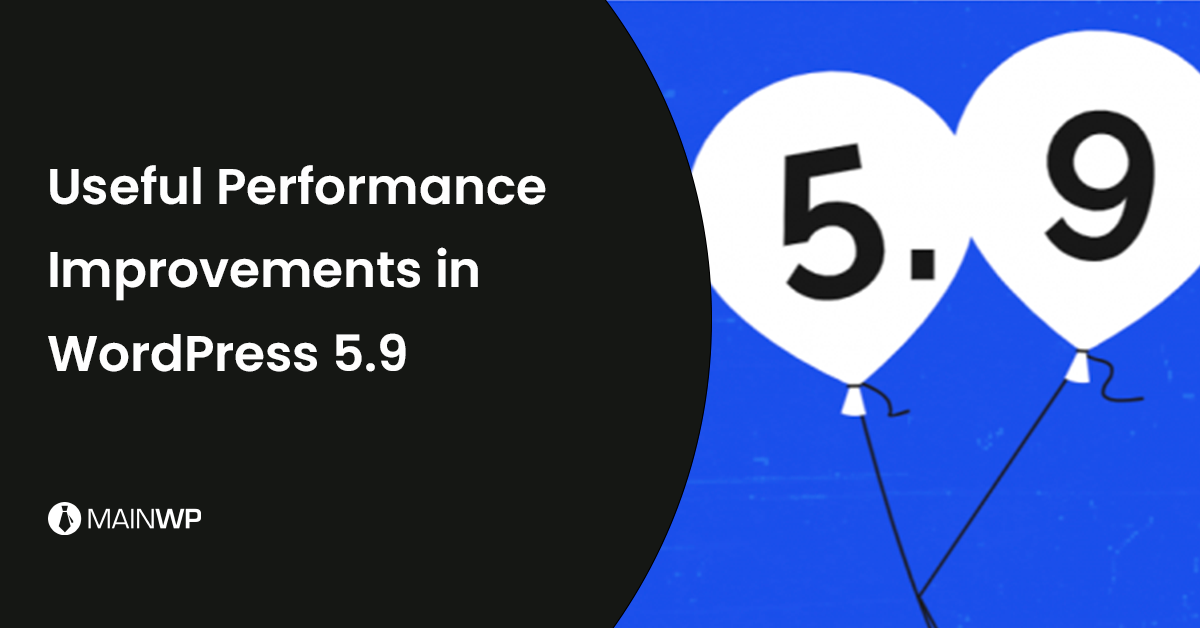 Some Performance Improvements in WordPress 5.9

The WordPress 5.9 is going to be released on the 25th of January. With this release comes a number of performance improvements for your site. Improved Lazy Loading The lazy loading feature in WordPress core which was added in version 5.5 has been enhanced in the WordPress 5.9 release. The first content images and the iframe will not be lazy-loaded and skipped, this will improve the Largest Contentful Paint (LCP) performance on your site. Improved Block CSS Loading If you are using the block editor on your site, the block CSS will load per block that is used rather than

We use MainWP in our agency for managing dozens of client sites. It is stable, reliable and makes our life a lot easier! In addition to the tremendous amount of time saved in the day to day management... Read More...

After using a different solution for years, we've switched to MainWP. We've done quite a bit of research on finding the best alternative and really like the features MainWP is offering. Any serious agency... Read More...